For B.C.’s Hospital Construction Program Steel Can be the Optimum Choice

The B.C. Ministry of Health, according to B.C. Finance Minister Carole James, will spend at least $4.4 billion over the next three to five years on 13 major hospital construction projects.

The COVID-19 pandemic has strangled B.C.’s once full-throttle private construction industry, the proposed multibillion-dollar hospital construction program aims to salvage an industry that accounted for nearly a fifth of the provincial GDP in 2019.

A business plan is now being formulated and it should focus on the fact that infrastructure construction is vital to the local economy and is the proven method in restoring economic output. The plans should emphasize in Canadian-made products and services, emphasizing local benefits, to best stimulate the private sector.

Kickstarting the recovery process post COVID-19 is key, for construction in Canada is one of the main economic engines representing approximately 6% of Canada’s GDP.  More importantly, the steel construction industry is part of this sector employing over 130,000 people across Canada with sales over $5 billion and still as the material of choice should be given very serious consideration.

Especially from a technical perspective, STEEL can be best option?? Lets just take an example!

The Baie-Saint-Paul Hospital Complex project in Quebec, a Design-Build project, cost as little as $ 245 million and work was completed in one year. 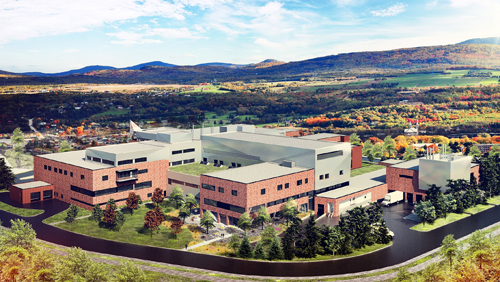 The immense complex of approx. 34 746 m². was built on an important seismic zone and it included an emergency room, operating room, outpatient clinics, an adaptation unit, and a mental health center as well as a CHSLD (a senior’s residence).

What were the critical considerations for choosing steel? 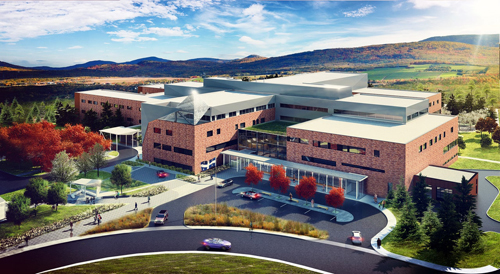 – Heightened Quality control and Assurance in fabrication since many of the units were prefabricated at the shop and were erected during the winter season.

– The ability to respect a very tight construction schedule.

– Better adaptability to limitations of the surroundings of a hospital environment.

– A better prevention and control of infections, since the steel deck was under the slab, in lieu of just a concrete slab.

– The respect and compliance to a LEED certification.

An Investment in STEEL Construction- is the Engine of Growth!