Two new entries in CISC’s Steel Design Series were published in August 2021: Lightweight Steel Framing Solutions and Steel Paints for Slip-Critical Connections. Both are available as free downloads at the Steel Store. 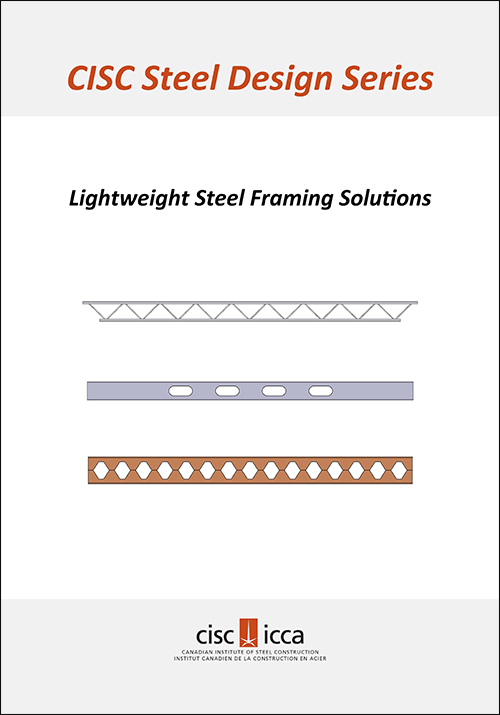 Lightweight steel framing is commonly used in commercial and residential building projects. Applications favouring lightweight framing include long-span beams where the use of lighter sections can improve material economy, as well as bays with closely spaced members and relatively light gravity loads.

The choice of structural system can be influenced by several factors such as the specific application, building location, cost, construction speed, and current supply conditions. The above-mentioned systems can accommodate a variety of deck/slab options including cold-formed steel decks with or without a concrete cover slab.

The publication provides a brief description of each system along its features or advantages, as well as a list of Canadian producers or suppliers. It is also available in French (Solutions de charpente en acier léger).

Steel Paints for Slip-Critical Connections (Figure 2) examines bolted connections subject to shear and designed for the serviceability limit state. Slip-critical connections meet the requirements for bearing connections (at the ultimate limit states) and are also pretensioned and used when slippage under service loads cannot be tolerated or when fatigue is a design consideration. 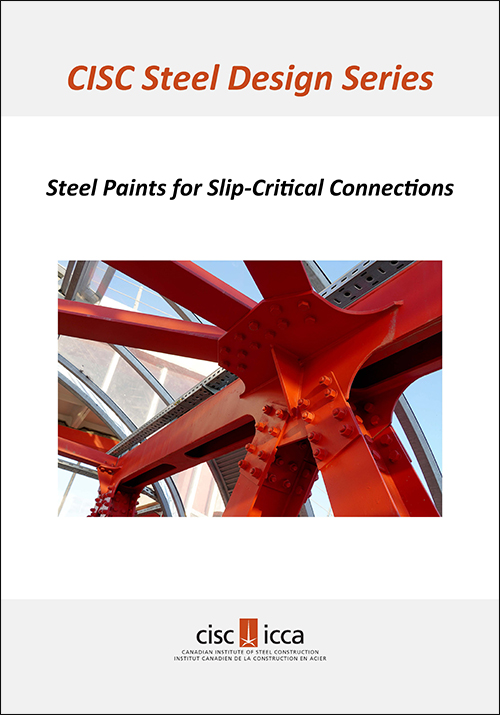 Connections designed in accordance with CSA Standard S16:19, Design of steel structures, and requiring pretensioned bolts are listed in Clause 22.2.2(a). These include:

The publication lists available steel primers with Class A and B contact surfaces for slip-critical connections. Tables are provided for both inorganic and organic zinc-rich primers, and various North American paint producers are included. A list of steel primers for short-term corrosion protection in compliance with CISC/CPMA standards 1-73a and 2-75 is also given in the Appendix.