Renovation and Expansion of the Canada Museum of Science and Technology, Ottawa

The Museum of Science and Technology of Canada, as we once knew, was forced to close its doors in 2014 following the opening of the presence of mold. A renovation project was then necessary to eliminate these contaminants allowing the institute to get a new look, redevelop the exhibition space and add a new main entrance. The $80.5million project also solidified and adapted the structure to seismic tremors, replaced most of the roof and updated the building’s mechanical and electrical systems.

The museum’s new main entrance and improved exterior appearance enhances the museum’s image and harmonizes it with its subject. Large LED screens are provided at the outside entrance to create a spectacular reception tunnel enhancing the visitor experience upon arrival. These screens will allow the projection of images and messages that will be adapted and modified according to the exhibitions. 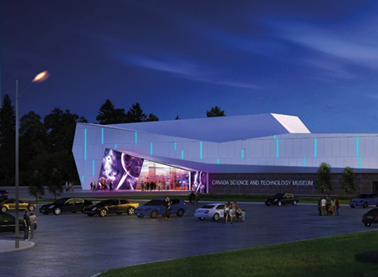 The improvements bring the area of the final building to 80,000 ft2, nearly 8,000 ft2 more than the original surface area of the building.  This museum has:

Steel was chosen for this project for the following reasons:

The main challenges of this fully detailed structure, fabricated by Lainco, were the tight schedule and the adjustment of the new components to the existing one.

In a short time, the structure was to be partially demolished and rebuilt retaining the original foundations and implementing a steel structure and several roof elements and columns.

All the steel joists beams, the bridging as well as several steel beams and columns were replaced. Some columns have been removed thus adapting the structure to the desired interior layout.

The addition of new bracing now allows the building to meet the seismic requirements in force as well as to visually adapt to the new architectural concept. The installation of numerous steel reinforcements helps to improve the strength of the existing elements, thus allowing them to be preserved. 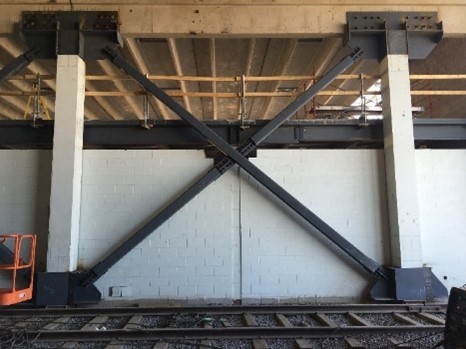 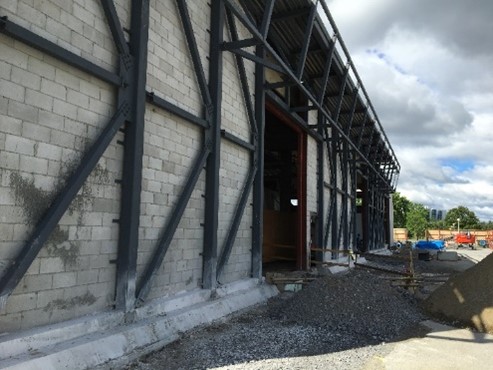 Bracing to support the existing wall

This new construction consisting mainly of HSS-type tubular profiles connects several existing parts of the building. A sliding bearing assembly was used at the junction of the intersections to allow the movement of the structure. The design of the connections has been made in such a way as to maintain a visual homogeneity since a portion of the steel is exposed. The apparent steel of this new eastern part has been manufactured and processed to meet the AESS 3 requirements. 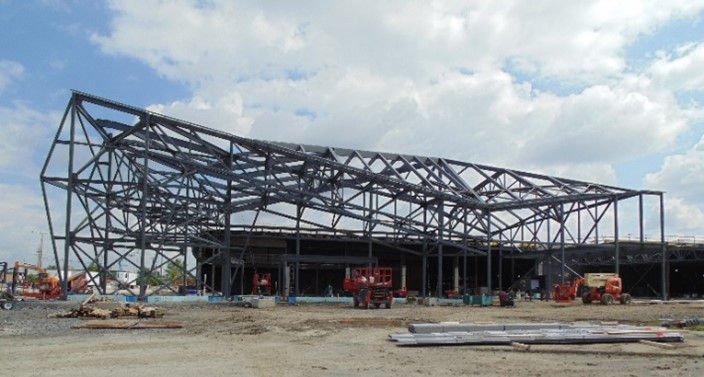 Erection of the main entrance 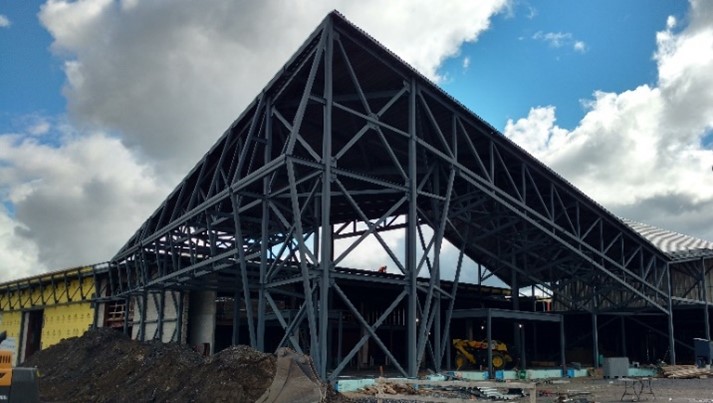 Structure of the main entrance

Modifications to original text by: