If we incorporate the strength enhancement factor and the reduction factor for multi-orientation welds, the expression becomes: 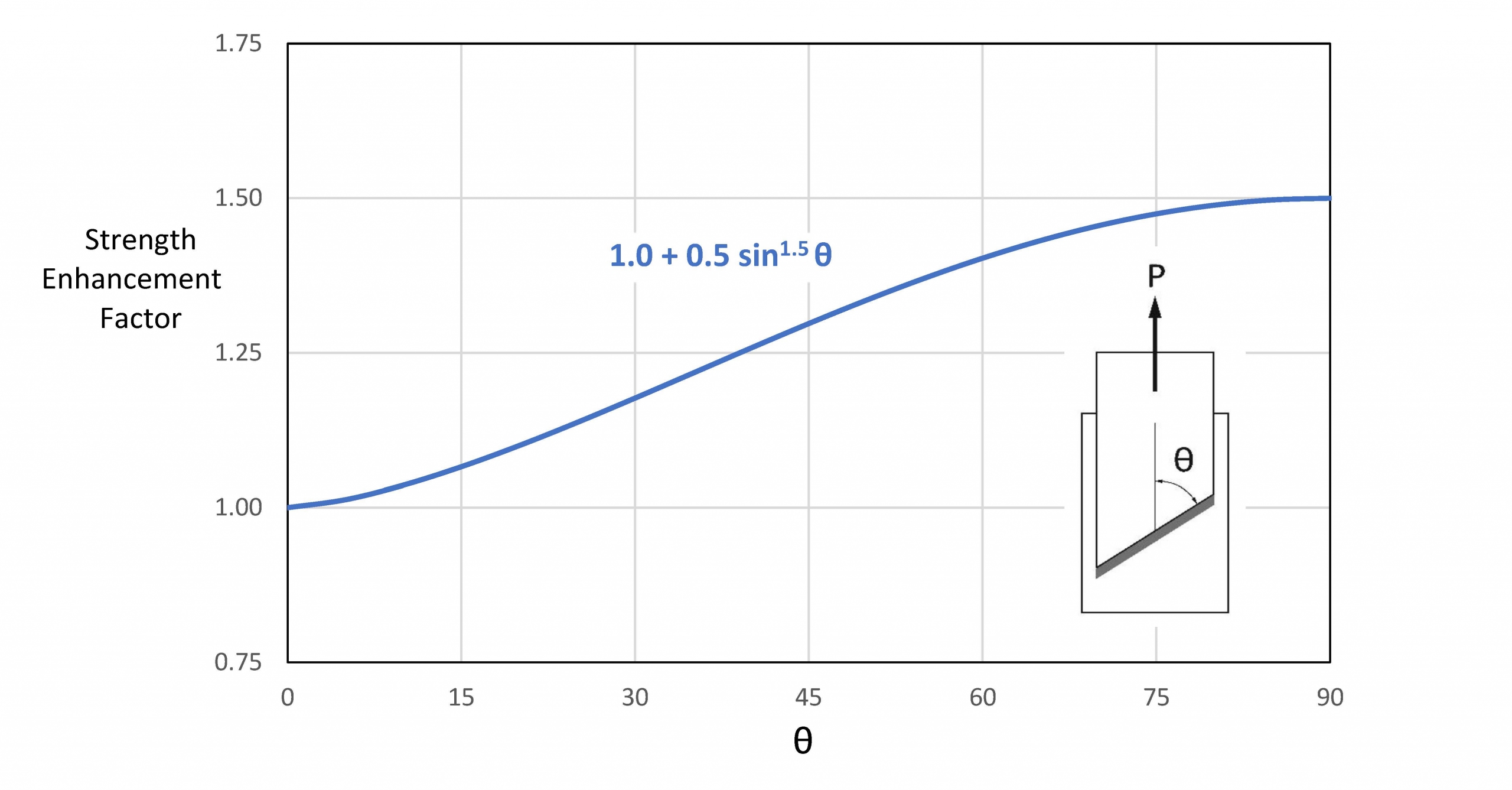 Referring again to Figure 3, for the transverse weld and longitudinal welds, Mw = 1.0 and Mw = 0.85, respectively.

Figure 4 shows a comparison between the resistances calculated using S16-14 and S16:19, for a concentrically loaded C-shaped weld group with k = 0.4, incorporating both the strength enhancement factor and the reduction factor for multi-orientation welds, Mw. The resistance given by S16:19 is significantly smaller for this example, especially for a load angle of about θ = 45o. 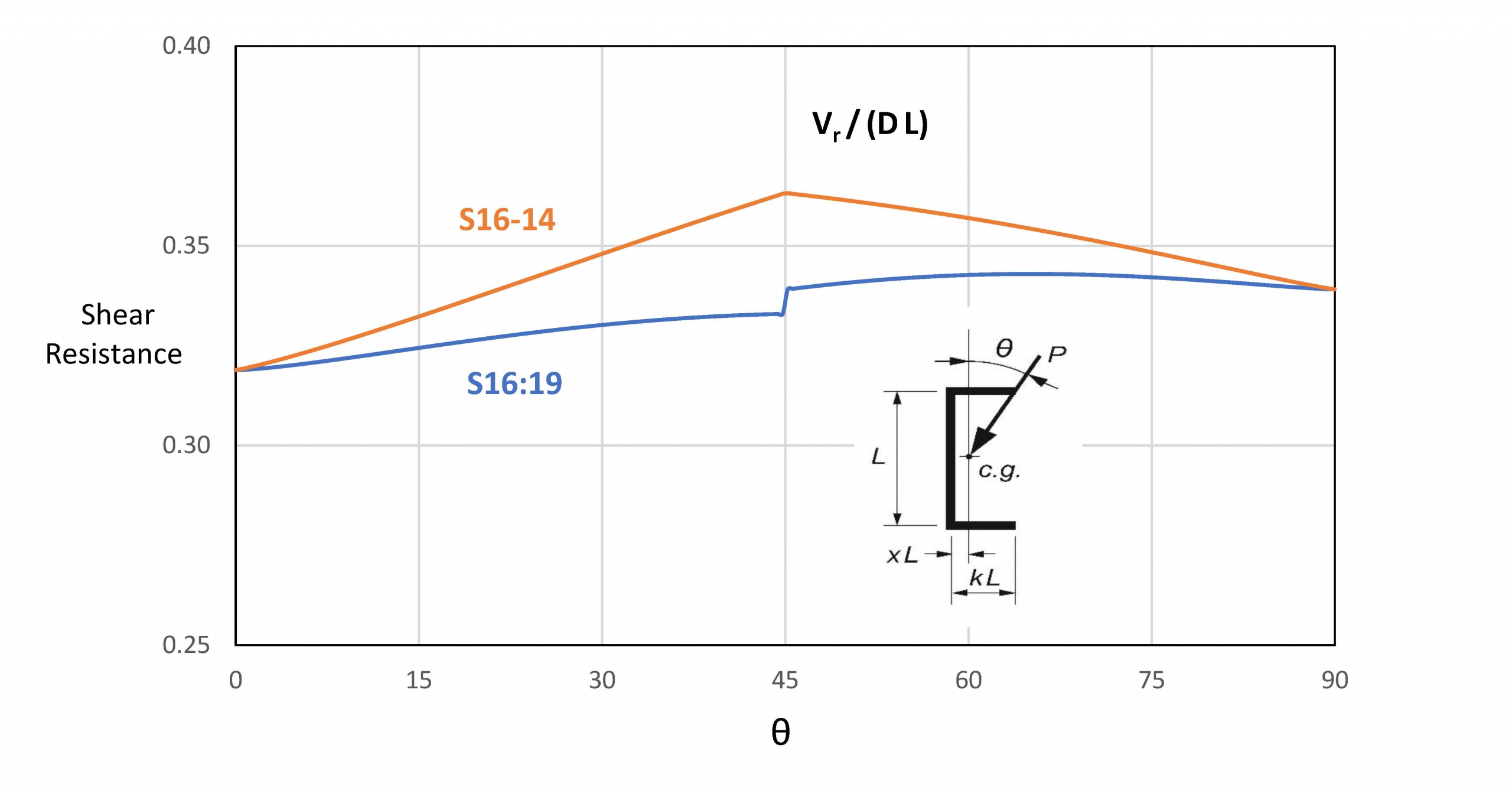