Braced Frames for Low to Moderate Seismicity, published by the CISC, illustrates the design of seismic force-resisting systems (SFRS) and brace-to-gusset connections for concentrically braced frames in areas of low to moderate seismicity (See Figure 1). The design notes refer extensively to the National Building Code of Canada 2015 (NBC 2015) and to CSA S16-14, Design of steel structures.

The example buildings range from 1 to 6 storeys and include seismic force-resisting systems in the Limited-Ductility (Type LD) and Conventional Construction categories. Chevron and X-bracing, tension-only and tension-compression bracing configurations are considered. The design notes focus on calculations for load combinations involving seismic loads and effects only. Liquefaction, slope stability and other geotechnical issues are beyond the scope of this publication. Load combinations that exclude seismic effects, such as those involving gravity loads only and those involving the effects of wind, have been excluded. It should be noted that these load combinations are also essential to the design of building structures. These design aspects are covered in another CISC publication, Steel-Framed Commercial Design.

General assumptions include normal building importance category (IE =1.0), Site Class C (unless noted otherwise).  Measures to prevent pounding of adjacent buildings do not apply for the examples chosen. Gravity member connection eccentricity, if any, is ignored for simplicity. 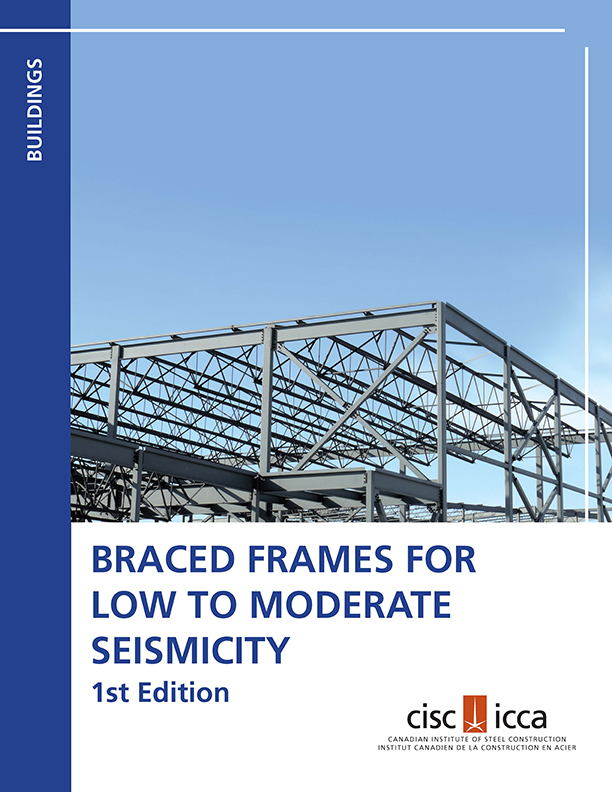 The design examples included in the publication are the following: 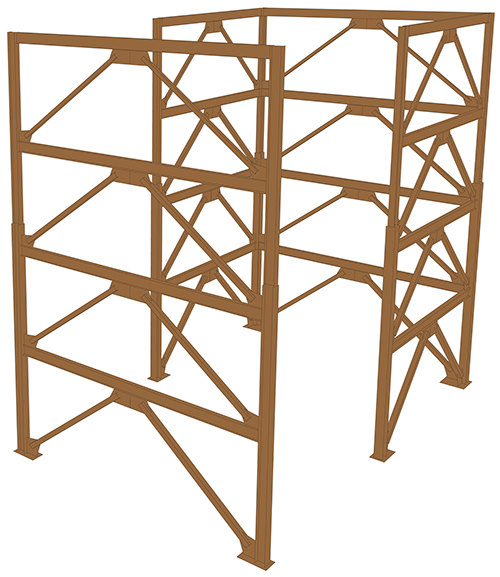 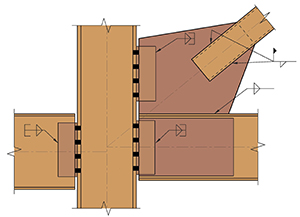