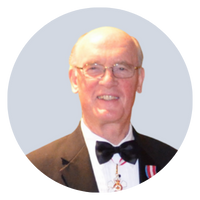 Hugh A. Krentz has been instrumental in making Canadian buildings and bridges safer and stronger. He has drawn on 50 years of experience as an engineer in the steel and construction industries to develop more efficient, safe and sound building codes and standards, which are now in use in Canada and around the world. Hugh Krentz originally joined the Canadian Institute of Steel Construction (CISC) in 1960 after graduating from the University of Manitoba in 1957. He became chief engineer in 1964, Director of Research and Development of the Canadian Steel Construction Council in 1969. He was appointed Secretary of the CISC in 1970, and a year later Secretary of the Council. In 1978 he was appointed as CISC’s President and retired in 2001 after forty years of service. He continued to serve the industry in the capacity of Consultant to CISC and Executive Director of SSEF now the CISC Education and Research Council until 2007. In 2005, The CISC H.A. Krentz Research Award was created in appreciation of the contributions made by Mr. Krentz to the engineering profession, the development of codes and standards, the education of engineers and to the development of the Canadian steel industry. In addition, Hugh chaired the Standards Council of Canada Chairman for over 10 years and was appointed as an Officer of the Order of Canada in 2012. In 2015, The Hugh A. Krentz Exemplary Student Award was established by CWB Welding Foundation to support Canadian students entering their final year of study in a minimum two-year welding undergraduate program. This award is quite fittingly presented in honour of the man who has dedicated his life to the steel construction industry. The relationships that the CISC has around the world with engineering associations, universities, teaching staffs and code bodies are the direct result of the efforts and direction provided by Hugh. 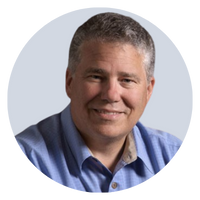 Robert Third has over 45 years of experience within the steel construction industry. The close links Rob has established with personnel within the steel construction community have allowed him to leverage his many years of experience in design, project management and construction, with proven manufacturing capabilities existing in-house at George Third and Son. Rob’s industry connections have opened doors to facilitate Joint Venture partnerships with some of the largest steel fabricators in North America.

Watch as the awards are presented: