On June 15, 2019, U.S. President Donald Trump signed an executive order modifying the existing Buy American rules to favour more American products. Going forward, 75 per cent of the value of any components in “Made in America” products must to be sourced in the U.S.

The new provisions include a quota demanding that 95 per cent of steel and iron used in any public contract must be from the U.S.—a significant increase from the previous 45 per cent requirement. It is still uncertain how this will impact Canada’s steel fabricator companies since they have already been limited from bidding on public projects in the U.S. based on the standing Buy American restrictions.

The CISC is working closely with government officials to promote the importance of excluding Canada from any further tightening of Buy American provisions against Canada. We are urging the Canadian government to reciprocate similar provisions against the U.S. in order to ensure a level playing field for Canadian companies.

The sizeable grant is one of many investments to be made through the federal government’s Regional Economic Growth through Innovation (REGI) Steel and Aluminum Initiative, announced in March 2019. A total of $100 million will support small- and medium- sized (SME) steel and aluminum manufacturers and users in all regions across Canada.

“Canada’s steel and aluminum companies are adapting to get ahead of the curve, and in our government, they have a partner they can count on,” says Minister Bains. “By helping these small- and medium-sized businesses innovate and adopt new technologies, we’re helping them succeed and create good jobs for Canadians.” 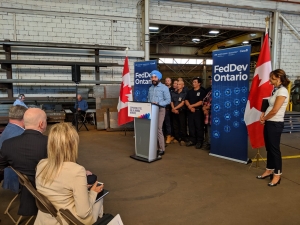 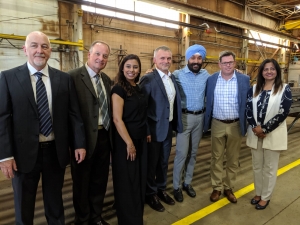 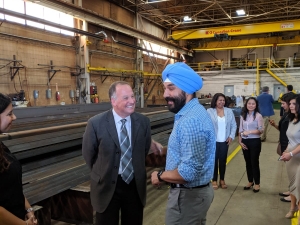 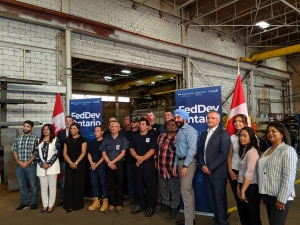 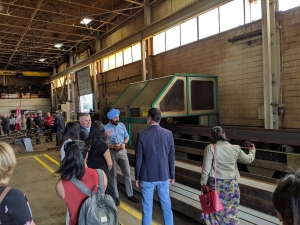 With this funding, Pittsburgh Steel Group will be able to purchase and install leading-edge robotics technology and adopt sophisticated new production monitoring software to improve its operations. This investment will support the company’s growth by boosting its productivity and competitiveness, while creating and maintaining seven good jobs in Mississauga.

“Pittsburgh Steel Group greatly appreciates this FedDev Ontario support, allowing us to invest in new technology which will innovate our process line and expand our production capabilities,” says Zoran Radonjic, President of Pittsburgh Steel Group. “With improved productivity and competitiveness, we will add to the economic betterment of our community by creating skilled jobs and reducing waste for a healthier environment.”

Congratulations to Pittsburgh Steel Group! This is an excellent investment in Canada’s growing steel construction industry. We look forward to seeing more investments made across Canada.