An Encore for Geffen Hall – An Ovation to Canadian Architects

New York’s David Geffen Hall is tuning up for its second act. The iconic music hall, located within the iconic Lincoln Center for the Performing Arts and home to the New York Philharmonic, is undergoing a floor-to-ceiling renovation that will see the venue transformed into a curvilinear unified space with enhanced acoustics and aesthetics that its designers Diamond Schmitt Architects believe will “foster an intimate connection between the audience and performers.” 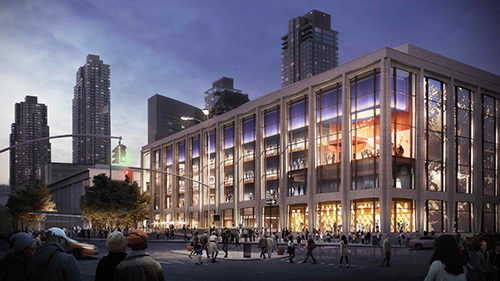 “This is by far the most collaborative effort I have ever experienced in my professional career,” says Marc Heublein, Project Manager with Walters Group, the steel fabricator for the project.
No doubt, steel has provided the soundtrack to Geffen Hall’s transformation. According to Diamond Schmitt, the material was ideal for realizing the project’s eye-catching design and ambitious timelines.

“Although the existing building was built using a combination of poured-in-place concrete and structural steel, when it came to considering the design and construction for the new hall, the speed and flexibility of steel was the only approach that could deliver the project,” reports Gary McCluskie, Principal Architect with the firm.
“We are essentially constructing a new building within an existing building – almost like building a ship in a bottle,” he adds. “As such, the delivery of the structural elements through small openings in the existing envelope is only possible with steel.”

The $550-million renovation is not without its challenges. According to Walters Group, one of the biggest tasks was collecting 1,200 GPR (Ground Penetrating Radar) scans of the existing conditions to locate rebar. Using Tekla, a model-based construction software, the team modelled in the rebar to create the best fit for the future bolted connections and meet the site’s conditions.

Avoiding potential site issues also meant using clash detection for connection and fastener placements before the steel arriving on site.
Fabrication and erection also proved challenging, particularly when it came to assembling the “Hall Tier Balconies,” which are designed to be superelevated with two-way slopes, requiring a two-stage orthotropic deck pour. 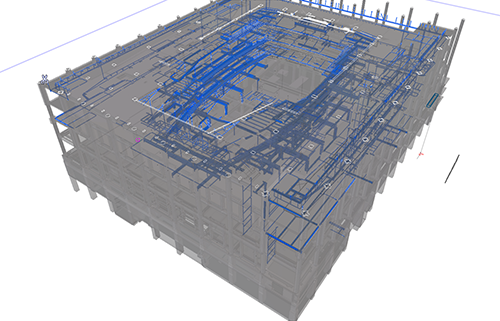 “[The balconies] are the larger and heavier sections that had to be prefabricated for easier shipping, and splices for these will be field bolted on-site,” explains Heublein.

“Welding, for example, was eliminated in the attic due to the lack of space, lack of ventilation and the existing suspended ceiling directly below the attic. These limitations for welding of steelwork in the attic had to be considered early, as the retrofit segments imposed many constraints,” he continued.

Navigating this and other challenges required a unified approach. And fortunately, adds Heublein, Walters was part of the conversation from the start.

“Walters, along with Turner, Diamond Schmitt and engineering firm Thornton Tomasetti, shared the same passion and dedication to planning from day one,” recalls Sam Barrett, Vice President Preconstruction with Walters Group. “And by utilizing the latest scanning and modelling technologies, we were all able to focus on delivering an exceptional project experience.”
The renovated hall is slated to open in the fall of 2022, nearly two years ahead of schedule. And while working in an empty building during the pandemic helped fast-track the project, the material choice has also played a role.

“The ability for elements of the structural components to be prefabricated off-site and brought to the construction site as partially completed solutions was instrumental in achieving the timelines of the schedule,” McCluskie adds.

Originally published in Advantage Steel No. 69