In North America, fillet welds connecting structural elements can be designed using a “directional strength- increase” factor (1.00+0.5sin1.5θ) that permits engineers to take advantage of a 50% “strength increase” when load is applied perpendicular (i.e. at θ = 90°) to the weld axis. This factor is included in CSA S16-14, AISC 360-16, and AWS D1.1-15. The directional strength-increase (or “sinθ”) factor is based on testing of lapped splice and cruciform connections, where fillet welds were made on both sides of a plate loaded in tension.

Unlike their two-sided counterparts, single-sided fillet welds are inherently “eccentrically loaded”, and prone to local bending about their axis (or rotation about the weld toe). This can subject the weld to additional tensile stress at its root, and significantly reduce its capacity. In addition, recent investigations on single-sided fillet welds around the ends of hollow structural sections (HSS) has confirmed that bending about the weld axis occurs when the HSS is in tension and it has been shown that such welds, to rectangular HSS, do not develop the 50% strength increase at failure predicted by the sinθ factor.

The primary objectives of this research project are: 1) to determine the effect of key connection parameters on the strength of single-sided fillet welds loaded in tension; 2) to compare the strength of such welds to those made on both sides of the same structural element; 3)      to determine the inherent reliability (safety index) of current code equations (with and without the sinθ factor) for the design of single-sided fillet welds loaded in tension (across a range of connection parameters); and 4) to recommend economical, yet safe, rules for their design that are calibrated to currently expected safety index levels (e.g. safety index ≥ 4.5 in Canada, per Annex B of CSA S16-14 [1]).

The proposed research will help resolve the disparity between recent restrictions to the sinθ factor in CSA S16-19 and AISC 360-22, and potentially allow for more liberal use of a “directional strength-increase” for single-sided fillet welds. This will enhance fabrication economy (by reducing required weld sizes and, in turn, welding labour and material costs), and help maintain the competitiveness of steel structures. 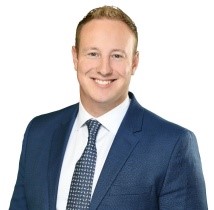 Kyle Tousignant is an Assistant Professor in the Department of Civil and Resource Engineering at Dalhousie University. He received his BASc in Civil Engineering (2012) and his PhD in Structural Engineering (2017) from the University of Toronto. His experience includes a part-time, multi-year position as a Structural Designer & NSERC Industrial Postgraduate Scholar at Blackwell Structural Engineers and a Postdoctoral Fellowship at the University of Toronto. Dr. Tousignant’s research interests lie primarily in the field of steel structures, including member, connection and system behaviour, design, and construction. His past research activity includes development of design rules for hollow section connections and fillet welds, which have been incorporated into Canadian and American national steel design standards. Recently, Dr. Tousignant is the recipient of the 2019 Canadian Institute of Steel Construction H.A. Krentz Research Award and the 2018 International Institute of Welding Henry Granjon Prize for his work on Design and Structural Integrity.