Steel Eccentrically Braced Frames (EBFs) have been proposed as Lateral Load Resisting Systems (LLRS) for seismic applications since the early 1970s [1-2]. They provide an attractive alternative to more commonly used LLRS in steel structures such as Moment Resisting Frames (MRFs) and Concentrically Braced Frames (CBFs), by combining the structural advantages of both systems. Compared to MRFs, EBFs exhibit higher lateral stiffness and, therefore, the inter-storey drifts are controlled much more effectively. In comparison with CBFs, EBFs demonstrate a more flexible response; leading to lower internal forces and reducing the challenges with the design of the capacity protected elements, including the foundations. In addition, EBFs provide more freedom in architectural design by allowing for larger architectural openings such as windows and doors within the braced bay, compared to CBFs and Buckling-Restrained Braced Frames (BRBFs).

During earthquakes, the mechanism for energy dissipation in EBFs is achieved through yielding of the segment of the floor beam between the braces (see Figures 1 (a) and (c)). This portion of the beam that undergoes controlled yielding is referred to as the link. Depending on the length of the link beam compared to the bay length, conventional EBFs are classified into flexural EBFs and shear-critical EBFs. In flexural EBFs, the link beam is long enough to develop significant bending moments and form flexural plastic hinges at both ends when the building is subjected to lateral loads. In shear-critical EBFs, on the other hand, the yielding mechanism is primarily through shear yielding of the web. This can be better understood by considering the loading state of an EBF link under lateral loads, which is shown in Figure 1 (c). By adding web stiffeners to prevent web buckling and lateral support to prevent lateral torsional buckling, shear critical EBF links can provide a stable energy dissipation as they take advantage of uniform web yielding instead of local flexural hinging [3]. Therefore, shear critical links are preferred in the design of conventional EBFs. While conventional shear links typically provide stable energy dissipation, their ultimate response is limited by weld cracks and web fracturing close to the stiffeners and thus the allowable link rotation during design is limited to 0.08 radians.

About a decade ago through a joint project between the University of Toronto and Ecole Polytechnique of Montreal, replaceable shear links were proposed for seismic applications [4]. The proposed system facilitated post-earthquake repairs and simplified the design and construction of EBFs. Since then, replaceable shear links have steadily gained attention from the engineering community in seismically active regions and, in particular, have been used in rebuilding of Christchurch [5]. Despite providing several advantages over conventional EBFs, replaceable EBF links have both complex detailing and stringent welding requirements and are still limited to 0.08 rad maximum plastic rotation.

The present study, which is a joint project between the University of Toronto and Cast Connex corporation, investigates the performance of a new generation of energy dissipative links in EBFs known as Replaceable Cast Steel Links. The system benefits from steel casting technology which offers freedom of geometry in structural design as well as highly improved response attributes such as significantly increased ductility and material low-cycle fatigue life. These new links are tapered such that they will develop uniform yielding in flexure and are designed to improve upon the fracture performance and rotation limits associated with conventional shear links. 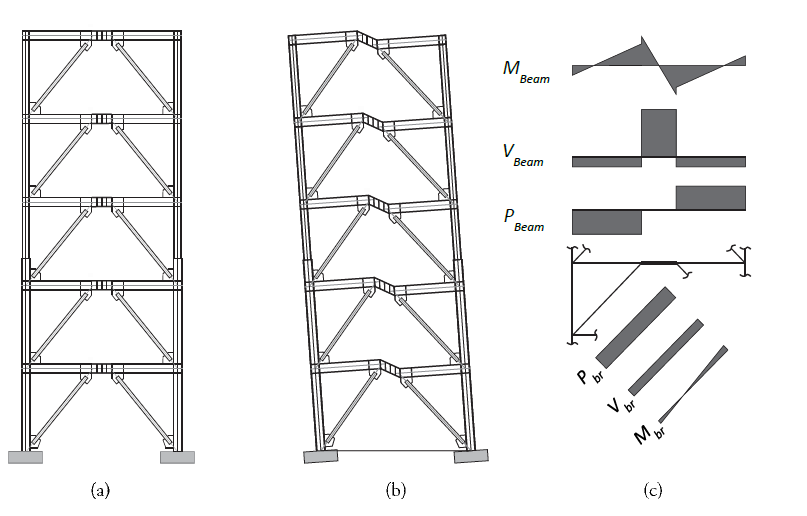 The concept of Replaceable Cast Steel links was first proposed by Tan and Christopoulos [6] through a numerical study. The authors proposed a hollow structural box shape, with a tapered width such that the link’s flexural capacity would match the distribution of bending moments along the length of the member. In the present study, the design of the Cast Steel Links was modified to maintain constant cross-sectional area over the length of the link, while tapering the width, the height, and the thickness of the element. A conceptual illustration of the proposed system is shown in Figure 2.

In order to experimentally validate the response of the system, several experiments are designed and are currently being carried out at the University of Toronto Structural Testing Facilities. In the first set of experiments, the response of the proposed cast steel links will be validated on a component level. The test setup and the specimens are shown in Figure 3 (a). A loading frame is designed within the axial loading frame that will impose the same loading conditions on the link as it would experience in a real building.

In the next set of experiments, the response of the system will be validated within a one-storey steel frame in order to assess the performance of the system globally and as part of a structural system. These tests will be followed by pseudo-dynamic hybrid simulations, which enables the experiments to have a much better and more direct correlation with what structural components experience during real earthquakes. This is done by physically representing the yielding component of the structure in the laboratory, while modelling the rest of the structure numerically. The experimental setup for these tests is shown in Figure 4.

The experimental program will be complemented with a comprehensive numerical study on the response of cast steel EBFs on a component level and a system level. Design provisions and guidelines will be developed for design and implementation of Replaceable Cast Steel Links in Steel EBFs. The rotational capacity of the proposed links is expected to be substantially higher than the conventional links.

This research project will investigate a new concept for replaceable links for use in eccentrically braced frames which seeks to improve and ease the design process, performance, and construction of steel EBFs; helping to keep steel as the primary material of choice for seismic applications. 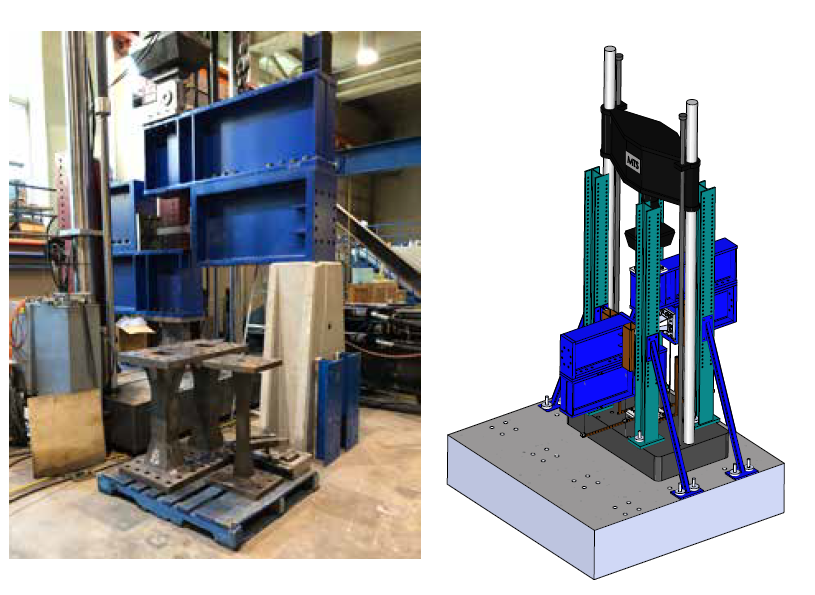 Figure 4: A view of the Experimental Setups in the University of Toronto Structural Testing Facilities