The CISC is vigorously defending our industry against unfair trade practices for the preservation of Canadian jobs and the success of the Canadian middle class.

The CISC has been lobbying all levels of government regarding the importance of maintaining the integrity of the Canadian International Trade Tribunal’s (CITT) 2017 ruling on fabricated industrial steel components (FISC). We remain actively consulting in all appeals made to the Government of Canada to ensure the interests of the construction industry is being heard and acknowledged. We are urging the federal government to enforce fair trade so that Canada, including the steel construction sector, can remain globally competitive and the Canadian middle-class can not only grow, but also strengthen. 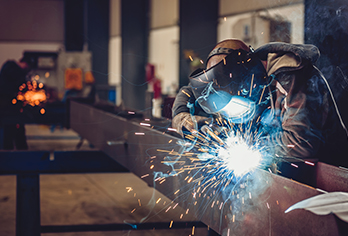 Dumping occurs when an individual or number of companies from one or more countries sell into a foreign market cheaper than they sell it domestically. Dumping can also be determined against a company when they are selling below what is deemed to be a reasonable amount of profit.

World Trade Organization (WTO) sets the definitions and rules for international trade. They hear trade disputes between countries but do not enforce or penalize countries or companies for illegally trading.

The CISC and our industrial steel fabrication partners won a world precedent case on FISC  in 2017. The CITT levied anti-dumping duties of 48 per cent on China, South Korea and Spain. China was also found to be illegally subsidizing their steel fabrication industry by 50-70 per cent. This ruling granted Canada five years of protection from these countries with the possibility of renewal for another five years.

In the past year, the Canadian government has been considering granting a duty remission for LNG projects involving FISC. If granted, a remission will exempt LNG companies from duties on illegally imported steel from China at the expense of Canadian construction jobs and taxpayers’ money. The adverse effects on the middle-class, and in turn, the Canadian economy, will be felt heavily if China—a proven dumping and subsidizing nation—is awarded access to Canadian construction jobs despite their illegal trade practices. Currently, as we await the pending approval of a tariff remission request by LNG Canada, all Canadian industrial construction jobs remain at risk. This decision is critical and will set a precedent for all future construction and investments in Canada.

SIMA was amended to allow parties to seek clarification from the Canadian Border Services Agency (CBSA) as to whether goods fall within the tribunal’s finding or outside of the tribunal’s finding. Woodfibre LNG submitted an application related to duties that will be applied to very large or complex modules related to a proposed LNG facility in British Columbia. The second appeal was broader than just LNG applications. In both cases, the CISC was successful in arguing that the products are indeed FISC and fall within the scope of the ruling.

The final investment decision (FID) from a consortium of investors for Canada’s first LNG joint venture project is announced before an official decision has been made from the Federal court of Appeal regarding the request for remission on FISC duties filed by LNG Canada. Prime Minister Justin Trudeau unveils $275 million that the federal government has committed towards the completion of the LNG project in Kitimat, BC.

The CISC has challenges an appeal against the original offenders in the FISC trade case that is looking to unravel the CITT’s original ruling. This case is currently still under investigation with the Federal Court of Appeal and is being heard to consider the reasonableness of the decision made by the tribunal. The court has yet to make a final decision.

CISC challenges LNG Canada’s remission request to the Department of Finance, seeking exemption from anti-dumping duties on fabricated structural steel and modules from China. The decision has yet to be officially announced and is dependent on the outcome of various proceedings that are currently in front of the Canadian Border Services Agency (CBSA) and the Federal Court of Appeal.

The CITT’s investigation concludes that dumped fabricated industrial steel components (FISC) from China, Korea and Spain, as well as subsidized FISC from China, have caused injury to Canada’s domestic industry. Duties against FISC from these three countries are enforced for the next five years. With this ruling, we have preserved over 1.5 million man hours and restored work worth over 100,000 tonnes of fabricated steel back to Canada.

“The argument that Canadian trades don’t have the expertise and that LNG Canada’s project is too complex for Canada is just plain false. The real story here is that there is no place in the world where illegal dumping and subsidizing is so extreme than in China, and that is the reason why players like Shell and Petro China (partners in LNG Canada) want to import Chinese steel products. It is all about illegally cheap construction.”

CISC continues to push for the implementation of regulations and adjudication procedures that will bring the Federal Prompt Payment Act [...]

CISC’S Campaign to Pressure the Nova Scotia Government to finally implement the regulatory and adjudication framework for the Prompt Payment [...]

The CISC are Supporters of the ‘Building for Recovery’ Effort

The Canadian Institute of steel Construction is an active member of the NTCCC (National Trade Contractors Council of Canada) and [...]